Belmont is proud to provide a vast range of inclusive physically active opportunities for our learners. Through active enrichment activities, interhouse and intrahouse sporting events and physically active clubs, learners are introduced to new ways to stay active alongside the opportunity to continue their favourite ways of getting their 60 minutes of physical activity a day.

The Department of Health (2016) states that at least 30 minutes should be delivered in school every day through active break times, PE, extra-curricular clubs, active lessons, or other sport and physical activity events, with the remaining 30 minutes supported by parents and carers outside of school time. Belmont is committed to helping children achieve their 60 minutes of physical activity, beginning in the classroom. Physical activity, even just short spans of it, improves children’s cognitive function, focus, and well-being. Through brain breaks, short and quick physical activity sessions within the classrooms, students are able to regain focus and attention and therefore make the most of their learning opportunities.

The aim of The Daily Mile is to improve the physical, social, emotional and mental health and wellbeing of our children – regardless of age, ability or personal circumstances (https://thedailymile.co.uk/about/). Children are encouraged to run, jog or walk around the designated course on our playground for 15 continuous minutes with the goal of improving the distance they run each time they participate. Children are invited to run in their school uniforms, and although not required, may change their footwear. Over time, children have noted that they are able to run further than previously and are able to run for longer durations of time. Week after week, children are noting their progress and continuously challenging themselves.

Can you find Belmont on the Daily Mile school map?

“You get tired when running, but that’s okay. You get to improve.”  Y4 pupil

“It warms you up and gets your brain ready for learning.” – Y6 pupil

“You get to run off anything that’s bugging you.” –Year 4 pupil

Who are you cheering for- Osterley, Gunnersbury, Syon or Chiswick? Each half-term an Interhouse tournament is run during lunch playtime with the help of house captains and the Belmont Sports Committee. Years 3 and 4 and Years 5 and 6 compete in a mini tournament hoping to make it to the final game.

The Department of Education requires that all schools provide swimming instruction either in key stage 1 or key stage 2. In particular, pupils should be taught to:

Every student in Year 3 participates in 30 sessions through the academic school year.

There is a new condition requiring schools to publish how many pupils within their Year 6 cohort are meeting the National Curriculum requirement to swim competently, confidently and proficiently over of at least 25 metres, use a range of strokes effectively and perform safe self-rescue in different water-based situations.

88% of the Year 6 pupils at Belmont have indicated that they meet these requirements.

Wake Up, Shake Up

With the help of our Year 6 learners, all staff and students at Belmont participate in a 10 minute Wake Up, Shake Up choreographed dance routine every Friday morning to increase our daily physical activity and continue to develop our social, emotional, and mental well-being.

The last Friday of every half-term parents and carers are invited to stay after student drop off to join us in the playground at 8:45 for our Wake Up, Shake Up.

“My favourite Wake Up, Shake Up was when all the teachers went on stage and everyone was smiling.” – Year 2 pupil 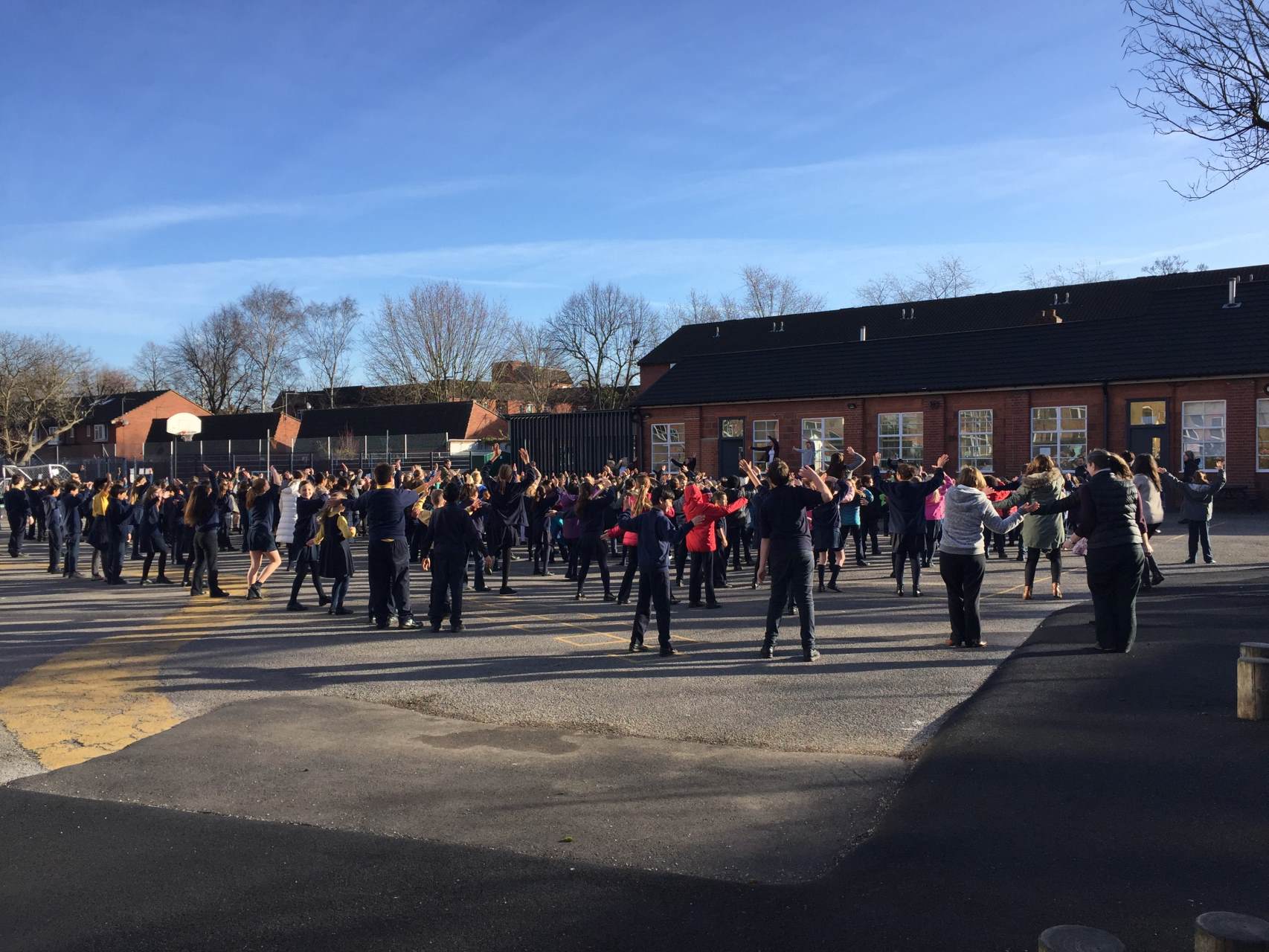 Highlights will be posted soon of this year's Health and Wellbeing Week.

On Thursday 5th November, a team of Year 5 and 6 children took part in our first virtual competition! This group of athletes competed in a Hounslow borough cross country competition against many other schools. Despite not getting to compete in person, the children displayed incredible resilience and determination to do well.

In Autumn term, Year 6 took part in an Ultimate Frisbee inter-house tournament. The competition ran over 3 afternoon with 12 games played in total.

Over 40 pupils were taking part as teams and there was a lot of excitement during the group stages with teams playing for points to be top four in the league. It was very competitive with lots of goals scored from all teams but it was Chiswick 1, Chiswick 2, Osterley and Gunnersbury 2 who made it through to the semi-finals.

The semi-finals were played with lots of children coming along to cheer and support. After 3 tense games, it was Chiswick and Gunnersbury 2 who headed into the finals. All of the children showed incredible sportsmanship but Chiswick scored the golden goal and became our first inter-house champions of the year!

Well done and thank you to all the children that took part and helped make this inter-house so successful. A special well done to our Chiswick champions: AJ, Sofia, Margarita, Kaiton, Ali, Avi, Taymour, Abdullah and Sophia! 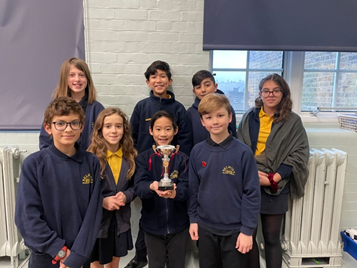 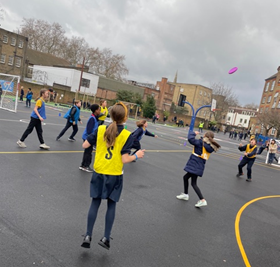 On the 10th December, some of our Year 3 and 4 athletes took part in a virtual Hounslow Borough Pentathlon sporting event at school.

The children thoroughly enjoyed all the different activities as part of this event! Despite it being a first competition for many, they put forth their best efforts and were exceptional.

We are very proud of each and every one of our athletes! Their scores have been submitted and we are hoping to find out the final results when we return to school…we wish them the best of luck! 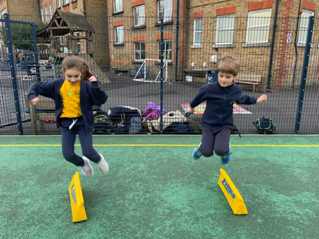 We had over 30 pupils take part and play a total of 11 games. During the qualifier rounds, there was lots of excitement as the teams battled it out to secure a place in the semi-finals. It was very close and lots of goals were scored, but it was Gunnersbury, Chisiwck and Osterley who moved onto the next round.

The semi-finals were played with lots of children coming along to cheer and show their support to their peers. After 3 intense games, it was Gunnersbury and Osterley who qualified for the finals.

All of the children showed incredible sportsmanship, communication and resilience throughout the matches. But with a score of 4-2, it was Gunnersbury who became our inter-house champions for the term.

Well done and thank you to all the children that took part and helped make this inter-house so successful. A special well done to our Gunnersbury champions: Deniz, Amelia, Lauren, Lenny, Marina, Danqi and Aadya! 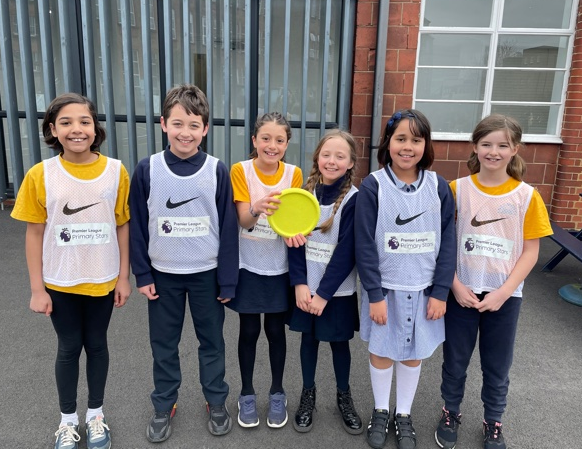 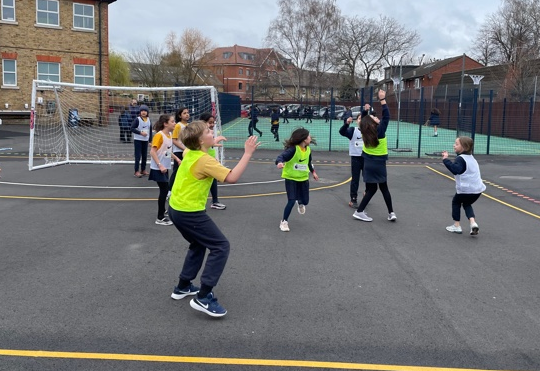 On the 19th and 23rd March, some of our superb year 5 and 6 athletes took part in a Hounslow borough basketball skills competition.

Each child took part in 3 individual timed drills where they put their shooting, dribbling and defence techniques to the test! They then worked hard as a team to complete 2 passing and shooting challenges.

Our Belmont teams showed impressive technique and sportsmanship throughout all the challenges. Above all else, they had so much fun.

Their results have been submitted and we wish them the best of luck! 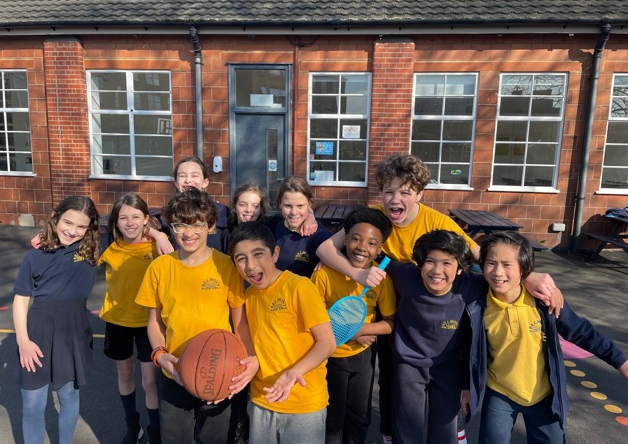 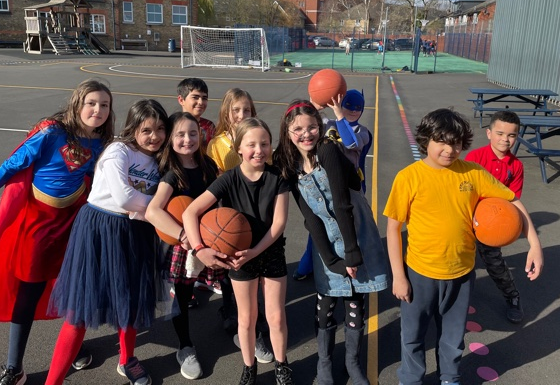